A little 09 suprise for you

A little 09 suprise for you

As a little experiment I've done a batch of my almost ready to run loco bodies in O9.

There is a diesel and 2 tram type locos, a saddle tank and a side tank, all to fit the Kato 105 chassis.

First picture here, will post more later after colouring them. 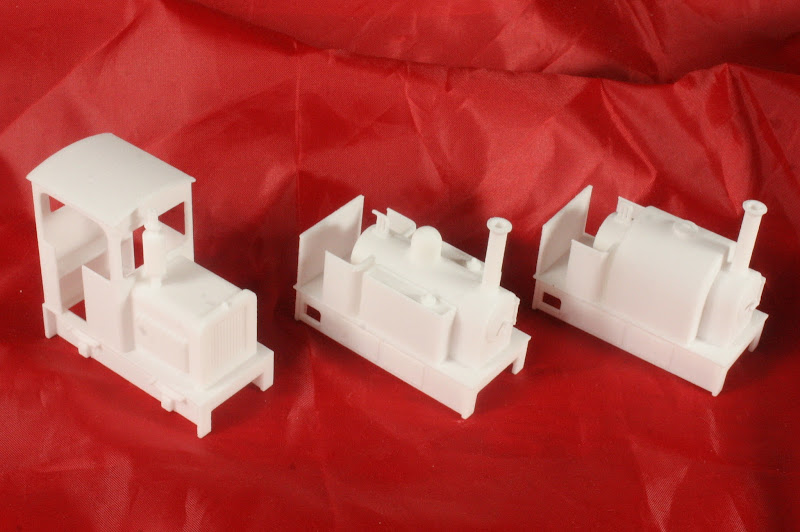 Ah Tebee, they are a lovely size and finish! I think the side-tank loco would make a nice Gnine steamer with a tender

Playing around and modelling:
http://nookyworks.wordpress.com/
Top

nice models, wondered what you were up to. Presume they fit Kato chassis. Pity they are O scale, as I don't want to go down that route(where I started in minimum gauge 30 years ago). Mind you, it would give me something to run on my old Dansette pizza layout.

Any idea on the price ?

Where do I order from ?

Cheers
Adrian Hoad
I might be daft but not stupid.
Top

I have far too many things in progress, but mostly I've been trying to catch up on all my broken models. One of the problems of having such a large back catalog is that I'm now spending a lot of fixing things that no longer meet the current rules.

Have also been working at less than 100% for several months, due to having an elderly sick dog who need to go out several times in the night. Sadly he is now deceased and I'm slowly getting my sleep patterns back to normal 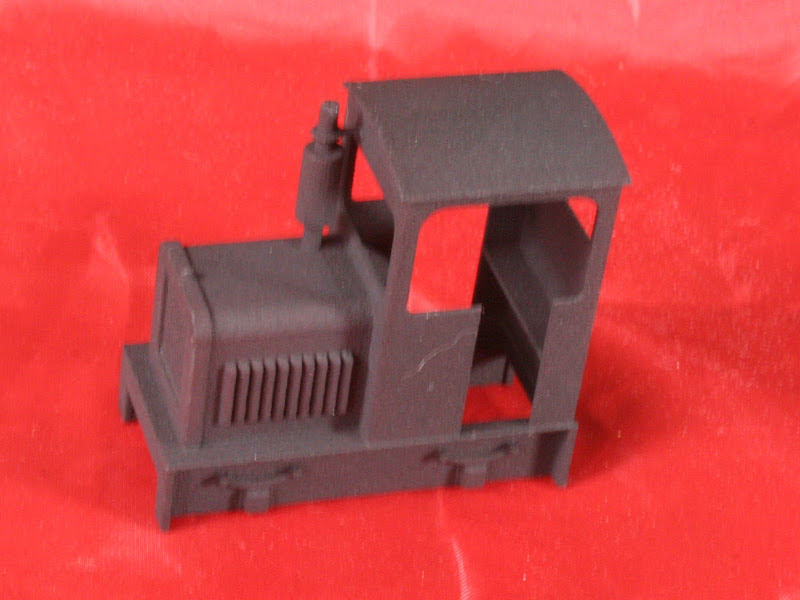 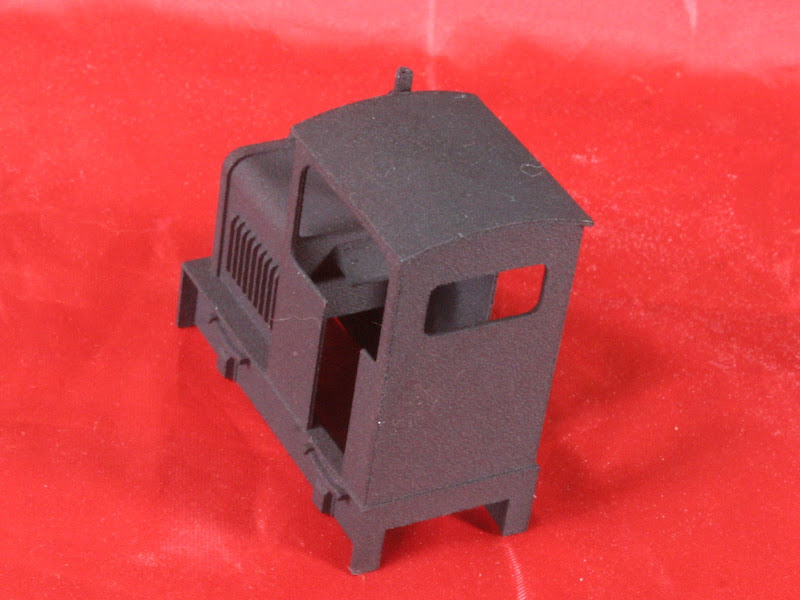 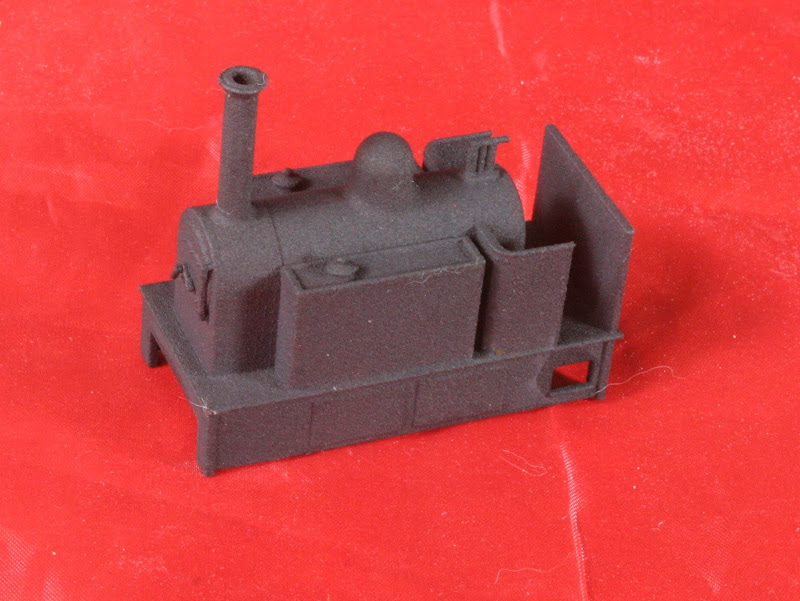 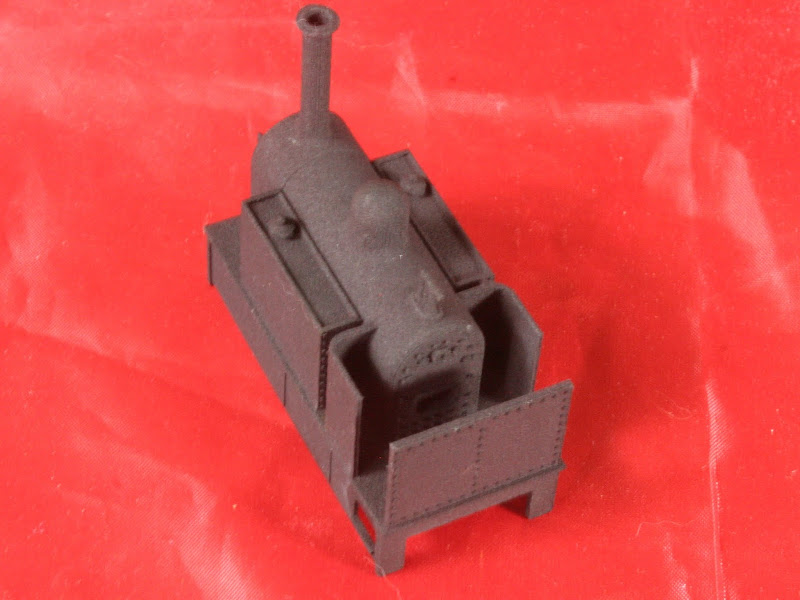 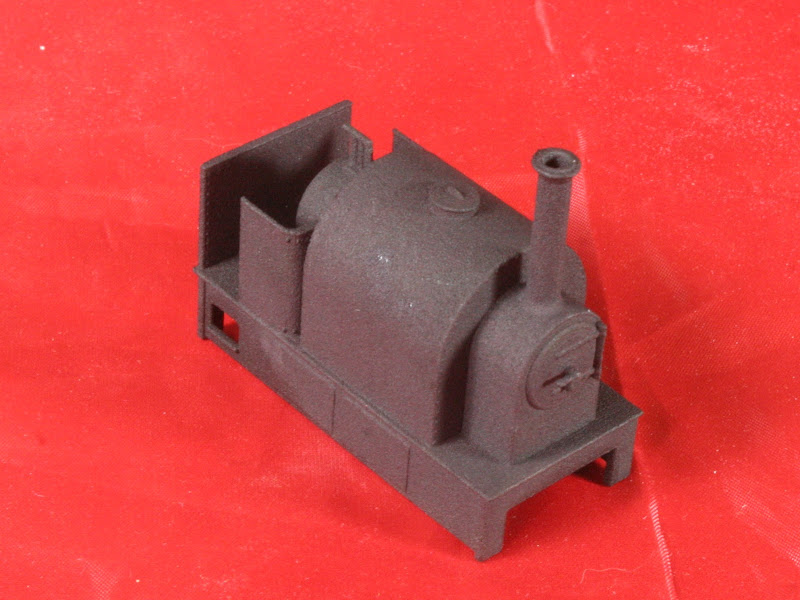 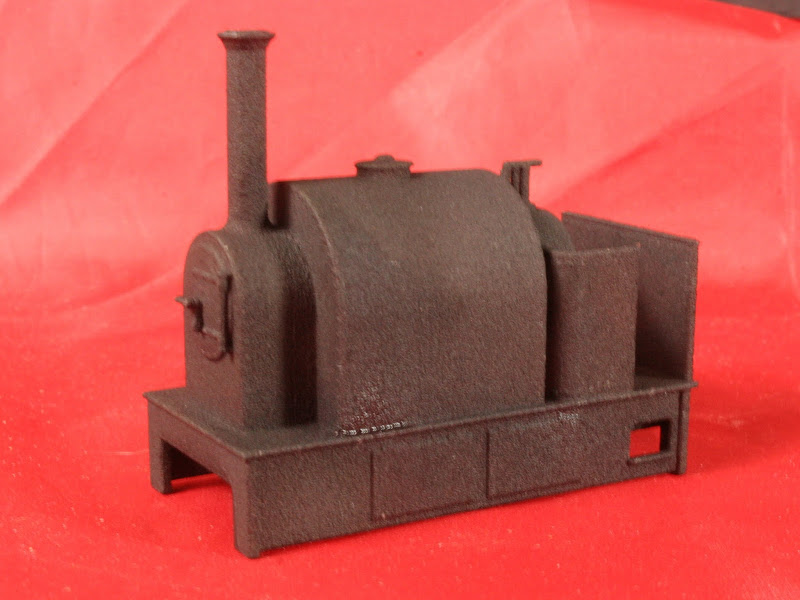 PM your email and I'll send you a Paypal invoice

I know what it is like when your catalogue starts to grow. Many of mine are for me only, but the WW1 stuff is taking off. I have designed 1/43 versions, going through every model checking and resizing. First samples OK, so will make most public soon.
The pre-checking on Shapeways should eliminate a lot of the problems, but hopefully I have not sailed too close to the wind. I am hoping that once I am happy with tram track, inserts and full panels then there won't be problems in the future.Might even think about other gauges .

I've got 3 years head start on you remember !

I don't know if you do this, but I have models that use a lot of common parts assembled differently and models that are virtual kitbashes, sometimes even using parts from models that where different scales originally - now that's something that's much harder to do in real life !

Anyway, although it makes things much quicker to make, sometimes it becomes a bit of a maintenance nightmare.

Well here are some photos of the first test assembly.

Sadly I discovered a minor error - the chassis and the body try to occupy the same space at one point ! As this is not a viable proposition the body does not sit properly on the chassis unless either a small hole is cut in the cab floor or a little ( less than 1mm ) carved off the top of the chassis at one end .

These also show my new curved buffer-cum-coupler fitted. Coupling is achieved by manually dropping links over pins on each piece of rolling stock - just like the prototype.

It's still under development, sizes and heights may change yet. 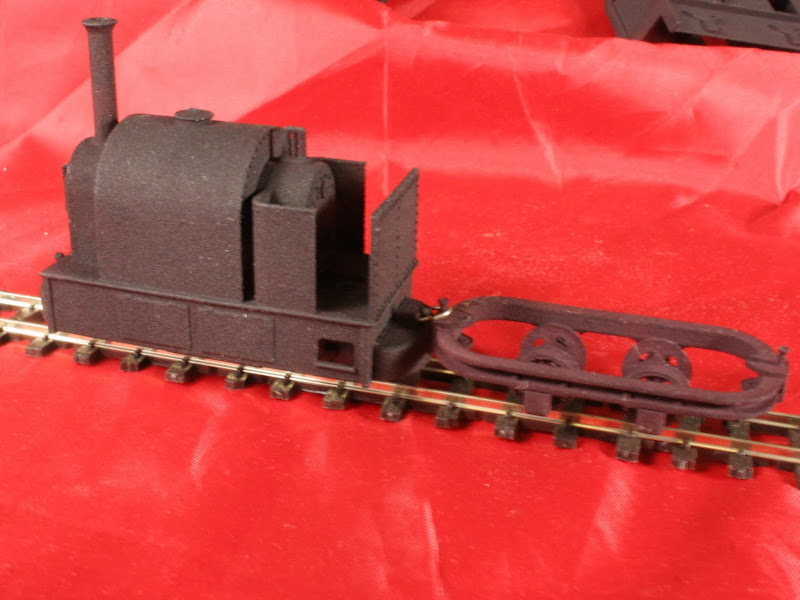 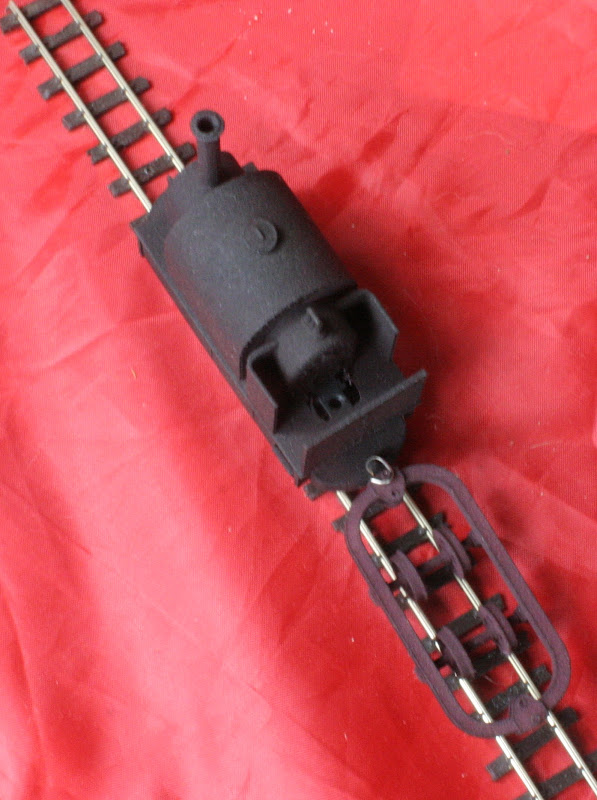 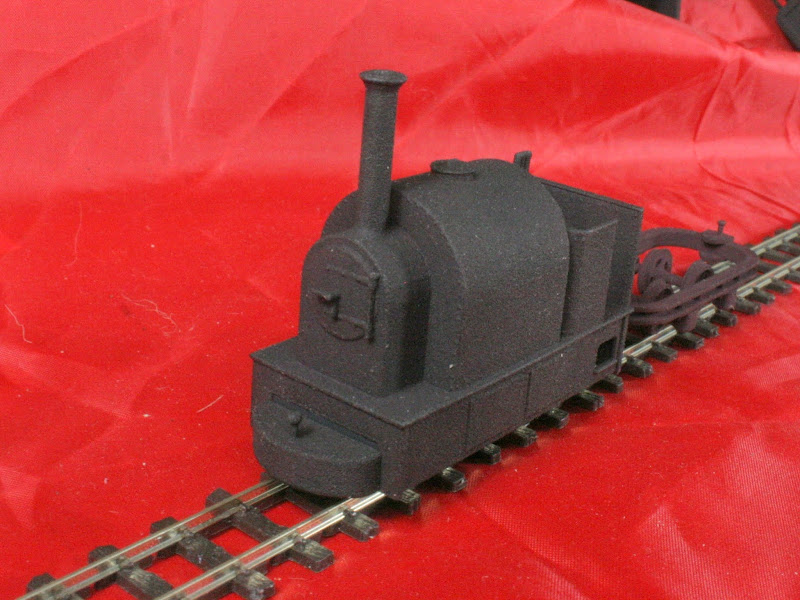 maybe 3 years ahead, but I am progressing slowly but surely. One thing I learnt in IT was that maintenance took more work than development. That's why I have tried(

) to keep things simple. More work to have to convert models from one scale to another, but possibly easier in the end. Could possibly do with more powerful laptop as design program is grinding to a halt more now, as I get more adventurous.
Almost ready to release inset/tram track, initially for code 100 rail, then a code 75 version(not sure if required yet, but done), also done inserts and complete tramway panels(just add rails), including points which will require a bit more work from modeller. Then I have done(almost) 3 surfaces, large stone, small stone and plain(tarmac?). I have used same geometry as trainsets, so not just for trams but also big locos.

Oh and next thing might be something for other gauges, starting with 32mm gauge which can use code 100 rail as I might ant some for my 1/32 scale metre gauge.Possibly 12mm gauge, but not sure about 89mm gauge as sailing pretty close to minimum thicknesses there. Also N gauge tram track is available.

one thing I have found is that the CAD program not only freezes but also sometimes misses instructions probably because of run time problems so have to keep an eye on it when putting in amendments. Walking rather than running

Well here I am making myself more maintenance work.

and a cabbed version of the previous saddle tank loco

Both fit the Kato 103 and are currently only available direct from Shapeways, but as the last batch went fairly well on Ebay, I'll probably do another lot as soon as the last stragglers sell.

Tom
To know the meaning of life you need not to be dealt a good hand, but rather to play the worthless hand you have been dealt to the best of your ability.
Top
Post Reply
11 posts • Page 1 of 1

Users browsing this forum: No registered users and 1 guest